If you are new to the board or simply have something new in your life, come let us know in the Introductions forum.
Post Reply
5 posts • Page 1 of 1 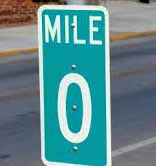 I posted an introduction like a week before the the old NOM went down. I don't post much, but I love the humor and the openness I see here. Anyway, here's a little introduction about how I got here.

I was BIC, served a mission, married in the temple. I was never really a questioner, because the church was always good, and how could it not be true? I mean Joseph spoke with God and Jesus. I've tried to pin it down to one thing that started this journey for me. I think it probably was one time when I was a ward missionary about 4 years ago. One of the missionaries was trying to get an investigator to pray about the Book of Mormon. He told him that if he prayed about it, the investigator would get an answer that it is true. The missionary then said that 15 million people have prayed and got the answer that it is true and why would God give him a different answer. I was floored, because it was pure manipulation. I thought back to my mission and thought about how I used manipulation at times. I then thought that if I could use manipulation and it was no big deal, maybe I was manipulated and just thought it was ok. I think that started it.

At this time I was also teaching the new member/investigator sunday school class. The lessons from the book were so boring . I tried looking for sources online to help make my lessons more interesting. I ran into an essay by Steve Benson, and I thought "Benson, cool, it looks like he's a grandson of Pres. Benson". However, it was pretty anti-, but it was so interesting because he related stories about having these lavish lunches with apostles between conference sessions and all these great perks, like riding in limos, he got for being family of an apostle. This just didn't sit right with me. I just kind of put it to the back of my mind.

Then, about a year later someone posted a video by Dehlin that was title something like, "5 reasons why people don't leave the church." I watched it and thought it was very informative and i agreed with it. I even found it kind of faith affirming, but then he started to talk about the Book of Abraham not actually being a translation, because the papyrus that was used had been found and did not match the translation. I'd never heard about this, but once again I kind of just put it to the back of my mind.
Finally, a little over 2 years ago, a good friend of mine from high school, who was very strong in the church, posted something about leaving the church. He also put a link to the CES letter and the LDS.org essays. I was too curious at this point, so I read the whole thing in one evening. Some of it I was easy for me to explain away, but other parts were just jaw dropping. My wife read it too, and we were both very confused. I read all the sources that were cited, and a lot of them were from the Journal of Discourses. That was where I finally lost it. The Journal of Discourses is just full of gut-wrenching material, which made me think "where is my church I grew up in?"

I've spent 2 years trying to trying to make the church work for me. I started to feel like an outcast in my own community, and it didn't feel good. With my oldest daughter turning 8 in about a year, I feel like I need to make a choice. So, 2 months ago I talked to the bishop and resigned my calling. I am taking a year sabbatical, but it's going so well, I don't feel like I'll ever be back to church. Luckily, my wife is right there with me.
Top

Funny, I too was a ward missionary when I was learning the actual truth. Talk about awkward....but it does definitely open your eyes to what is really being told to people. Just as you related, the fine print is "15 million got a yes answer, so when you pray you'll get the same. If not, you need to try again until you do, but you probably got your yes in the first place and just didn't recognize it." Kind of like Mopologetics where there is only one answer, and if you don't get it, you asked the wrong question and need to start over (and probably repent, while you're at it).

I'm glad you're back Monomo and certainly glad your DW is with you on your journey!
When an honest man discovers he is mistaken, he will either cease being mistaken, or cease being honest. - Anonymous

Say what you want about the sweet miracle of unquestioning faith, I consider a capacity for it terrifying. - Kurt Vonnegut
Top

Monomo wrote: The Journal of Discourses is just full of gut-wrenching material, which made me think "where is my church I grew up in?"

I've spent 2 years trying to trying to make the church work for me. I started to feel like an outcast in my own community, and it didn't feel good. With my oldest daughter turning 8 in about a year, I feel like I need to make a choice. So, 2 months ago I talked to the bishop and resigned my calling. I am taking a year sabbatical, but it's going so well, I don't feel like I'll ever be back to church. Luckily, my wife is right there with me.

A lot of this really resonates with me . . . I didn't grow up in the church, joined in the 80s, but somewhere along the way it stopped feeling like the church I had been drawn to and joined as a young adult. Then, when I dove deeper into the history it really started feeling strange. I have stepped completely away from any involvement in my ward, but our family is divided -- DH is very active and believing, and oldest DS is on a mission while the youngest two are active only to the extent their dad can compel them to be.

Glad you're here; I look forward to hearing more from you!
Joy is the emotional expression of the courageous Yes to one's own true being.
Top

Welcome Monomo! I loved your story. I commend you and your wife for being so open to new thought. If you had not you might not be where you are today. I know we all have much to learn from you and your journey. I am looking forward to hearing more from you.
"Every event that has taken place in this universe has led you to this moment.
... The real question is, what will you do with this moment?" - Unknown

"Never arrive @ a point where you know everything - Korihor57
Top

This "monomo" is not to be confused with a previous "monomo" who posted on the old NOM board. The previous "monomo" is my real-life brother, and he's a great guy.
Let us hear the conclusion of the whole matter: Fear God, and keep His commandments, for this is the whole duty of man. Ecclesiastes 12:13
Top
Post Reply
5 posts • Page 1 of 1

Users browsing this forum: No registered users and 6 guests