If you are new to the board or simply have something new in your life, come let us know in the Introductions forum.
Post Reply
8 posts • Page 1 of 1 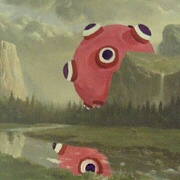 Raised LDS, I served a mission and married my wife in the temple. No kids so far. When I began to learn some surprising new things about the history of the LDS church, I found it at once exciting and disturbing.

Exciting because I'd long enjoyed studying LDS history and doctrine, but I'd reached a point where I didn't expect to come across new things anymore other than minor details. I figured I'd have to be content with mainly reviewing "the basics" for the rest of my life. Learning these new and surprising things brought to my mind an image of being in a room with walls that were suddenly falling away to reveal a landscape that I'd never imagined existed.

Disturbing because I began to see implications. It didn't take long for a faith crisis to become an existential crisis. (I don't like to use the word crisis, as it feels melodramatic in describing my situation.) I've always liked to study philosophy, but my LDS faith had always prevented me from taking some ideas seriously beyond fun thought experiments.

Learning that the foundation of my religious beliefs was not as firm and well-defined as I had thought quickly led me to find other things that were open to questioning. The supernatural events of the Bible, for example. I'd always had the "as far as it is translated correctly" get-out-of-contradiction-free card, but now I found it possible to ask what now seems obvious: what reason do I have to take any of the supernatural claims seriously in the first place? I'd taken many things for granted based on cultural conditioning.

But what's open to questioning doesn't stop with religion. For example: Is there an objective basis for morality? What does it mean to refer to "reality" or "truth?" Does anything have meaning in a cosmic sense? Does it even make sense to think of myself as a self? Not all of these things were entirely new, but I'd never had to (or allowed myself to) truly confront such questions before without a safety net.

The problems of Mormonism quickly became relatively minor details for me. I never had an "angry phase," in part due to my nature and in part because I found it hard to get too worked up about things that make up just the first of many layers of assumptions that I could easily call into question. I can't take issue with those who "choose to believe" in Mormonism or Christianity or whatever. I assume that everyone must stop at one layer or another and stop questioning simply to function in life. And who am I to say that one such stop is better than another?

If there were a prize for taking things slowly, I might be in the running. I'm going on over ten years now. I still attend church (though my wife does not, but that's another story). When I actually sit down in a class or a meeting, however, I find even some of the most basic teachings alien now.

My current approach is more or less that absolutely everything is probably made-up nonsense, and it's up to me to decide what I want to value. Even if it valuing things at all is just piling on more nonsense.

I value the LDS community and the relationships that could be harmed if I were more outspoken with my thoughts. Mormon culture is my culture and I don't feel inclined to try to change that, even if I've drifted far from some aspects of it internally.

That said, I don't feel as if I have arrived at the end of my transition. My current situation feels transitory. Not so much because I feel a push toward "authenticity" in my interactions with others, but because I can easily envision various events that would push me into settling things in a way I have not so far. And one such event or another is likely inevitable.

I could easily write ten times this much, but my goal here was to be brief. Hopefully not too brief to be comprehensible. I may add to this later.
Top

I don't know how anyone does this without an angry phase. My angry phase was nearly 10 years. I still go through cycles triggered by silly things like garments, canned food, and tithing envelopes. Argh!


Ghost wrote:But what's open to questioning doesn't stop with religion. For example: Is there an objective basis for morality? What does it mean to refer to "reality" or "truth?" Does anything have meaning in a cosmic sense? Does it even make sense to think of myself as a self? Not all of these things were entirely new, but I'd never had to (or allowed myself to) truly confront such questions before without a safety net.

This has been the beautiful result of a faith transition. I'm open to thinking through any idea or position now whereas in the past I was limited to extreme boundaries set by the brethren.

Glad to see you back.
Those who do not move do not notice their chains. —Rosa Luxemburg
Top

Red Ryder wrote: I like what you wrote here.


Ghost wrote:But what's open to questioning doesn't stop with religion. For example: Is there an objective basis for morality? What does it mean to refer to "reality" or "truth?" Does anything have meaning in a cosmic sense? Does it even make sense to think of myself as a self? Not all of these things were entirely new, but I'd never had to (or allowed myself to) truly confront such questions before without a safety net.

This has been the beautiful result of a faith transition. I'm open to thinking through any idea or position now whereas in the past I was limited to extreme boundaries set by the brethren.

Glad to see you back.

Good to see you again Paintw... ahem, Ghost.
Thanks for the intro. Thinking thoughts such as what RR highlighted makes my thinker hurt.
Reading can severely damage your ignorance.
Top 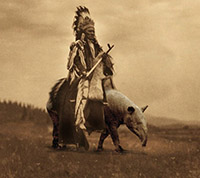 Ghost wrote:My current approach is more or less that absolutely everything is probably made-up nonsense, and it's up to me to decide what I want to value. Even if it valuing things at all is just piling on more nonsense.

I like this attitude. There's nothing wrong with a little nonsense in your life as long as you see it for what it is. Imagine if we actually believed the magician was sawing a woman in half.

Good to have you back.
“The easy confidence with which I know another man's religion is folly teaches me to suspect that my own is also.” -Mark Twain

Welcome Ghost! You seem to be in a good spot in finding a way to make this work for you. You said you could write more so please do.... I have enjoyed reading your story. Looking forward to learning more.
"Every event that has taken place in this universe has led you to this moment.
... The real question is, what will you do with this moment?" - Unknown

"Never arrive @ a point where you know everything - Korihor57
Top

Good to see you back, and remember, if you have Ghost, you have everything.

The closest thing I have to a written journal about personal/spiritual things in recent decades is my posts on various incarnations of NOM. And so, here's another one. Because one of the best things about NOM is reading the stories of others and relating to them, maybe pieces of this will mean something to someone else. Or maybe not. Either way, here goes.

A while back, I went through a divorce that I didn't see coming, though perhaps I should have. Was it about religious differences? Sort of. In part. Who knows? I've had a long, drawn-out faith transition that started in the early 2000s and is still going on in some ways. My now ex-wife, on the other hand, had a quick and intense faith transition midway through mine. And I think our different velocities and approaches were obstacles among other obstacles, despite the fact that we ended up in similar places.

For me, going through a divorce was more traumatic than going through a faith/existential crisis. I hesitate to use the word traumatic considering how much worse things could have been and how much worse others have it in life, but that's the best word I can think to apply. I've never had a hard time looking at someone else's divorce not as a failure but just as the next phase in life. But applying that to myself has been more difficult. It was actually the unexpected suicide of an acquaintance that kind of put things into perspective for me and snapped me out of what I guess was the worst of my situational depression.

Almost no one at work or at church has been aware of my divorce, either before or after. Even now, thanks to the pandemic's isolating effects, it's possible that most people I'm not particularly close with still don't know. I suppose that my faith transition has made me into something of an expert at continuing to function and act normal outwardly while working through some degree of internal turmoil.

Although I've mentally moved just about as far as it's possible to move from my former beliefs, I've retained some token activity for primarily family and community reasons. And I've had a pretty visible calling that I've been able to fulfill without actually attending any meetings or classes (even before the pandemic). This has been just the right level of activity for me if I was going to have any participation beyond service projects.

This month, I got a message from a stake representative that was obviously related to consideration for a new calling connected to a stake and ward reorganization. I wasn't sure what to do with that and so I just ignored it. The result was that I got released from my calling and never found out what new one they might have had in mind. So it looks like this might be my first foray into true inactivity in my life. I imagine that I will be approached about another calling before too long, but I can't imagine one I'd accept at the moment.

For years now, I've expected to find myself in one situation or another that would expose the true depths of my heterodoxy, but that has never happened. It's just been a very slow fade.

I guess I've also become less active on NOM. And I've let my Dialogue subscription lapse for the first time in years because I found that I just wasn't reading much anymore. Does this mean I'm moving on? If so, I still don't know toward what, exactly.

Anyway, thanks for reading.
Top
Post Reply
8 posts • Page 1 of 1