This is for encouragement, ideas, and support for people going through a faith transition no matter where you hope to end up. This is also the place to laugh, cry, and love together.
Post Reply
2 posts • Page 1 of 1

I read the article the other day, and it really affected me. I dont completely know why. I suppose because it parallels how I feel currently. I have been able and fortunate enough to remove most of the things that bother me about the church from my life. I have (I think) moved past the angry phase. I think I know this because ExMo Reddit is no longer entertaining to me. I unsubscribed from it the other day. I never participated much, but most things I kind of thought were good points, and at least funny. Now I am just not interested. But, I still have not found anything that replaces the church. I haven't found a community, or relationships, or activities that satisfy me in the way that the church used to.

This article touches on a lot of our shared experiences on this board I think, but it does it in a way that is just enough different as to be really interesting.


There are some things acquired in adolescence that remain with you. Your height. An acne scar. A crush that exists long after you last met eyes in the hallway. Eighteen years after that last summer at camp, I’m a liberal writer in Brooklyn who spends Christmas at my parents’ parish and Easter drinking wine instead of going to mass. Still, I can’t shake what I learned at camp — collaboration, unscripted prayer, finding God in nature — or the fun I had there. When I walk my dog in the park, the thick smell of humidity on grass brings me back to early-morning flag ceremonies. At camp I recognized women as leaders and learned to be one myself.

The author describes a summer camp she went to consistently, which was supposed to be non-denominational. She found out that non-denominational is typically also known as evangelicalism. The expectations made her uncomfortable, but she still felt obligated to attend, participate, and go with the flow. This kind of describes my experience with Mormonism. A lot of it made me uncomfortable, but between social and family pressure, I stayed in the boat.


I wish I could allow myself to give up my fondness toward camp, but just as I let our differences slide then, I’ve been doing the same in my adult life. I’m only now coming to terms with the idea that the Christianity I learned there may not represent me. Now, perhaps I need to do what I didn’t when I was a teenager: let camp go. I can develop my own understanding of God, and He might still exist in songs and mountains.

I am also now coming to terms with the idea that what defined me previously no longer defines me, so what does define me? But I did need to let things go, and I have, and it feels good. Now I am deeply interested in philosophy, morality, and social evolution. I plan on making some post about stuff I have been reading, but I thought that some of you might be interested in this article.

Also, I would like to know if any of the article feels similar to YW Girls Camp?
Top 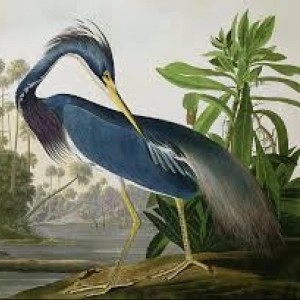 Re: Article: "Losing my religion at christian camp"

No, I have none of these feelings towards Girls Camp. I went to camp in three different states, some were better than others, but when I was 16 and had a summer job I was relieved not to go anymore. I never felt like I belonged in YW. I always felt like an outsider in Mormonism, a lot like she was an outsider within the Christian camp.

However, I did feel like this in college in Institute. It was the first, and perhaps only, time I ever felt like I belonged at church. I went to a non-church school. The institute was small, and although there were more Mormons who attended Sacrament meeting, only about 50 of us regularly attended classes and activities. There were not enough people to be picky or cliquish. We all got along because we were all we had.

It was such an odd feeling of belonging. The university was large, but inside of it was a small community where I belonged. Once a week the mom of the institute director made fresh baked chocolate-chip cookies and milk, and we all came by to eat and talk. We went to dances together. We went camping together. We made silly Halloween costumes and had Sunday potlucks where we could eat real food with each other. I loved those girls. I loved those people.

And then something happened and I fell away from that community. I left college, quite unhappily, and contact/communication with everyone from college eventually stopped. I sent out invitations but no one came to my wedding. It ends up I wasn’t invited to anyone else’s wedding. I was terribly sad that I lost friendships that I thought were close and special.

In the interim I had a faith crisis. I think I was always going to have one, it was only a question of when. If I hadn’t had such an initially positive experience in college it may have been then. I’ll never know. For years I felt sadness, I felt confused because I liked my time in college. I liked Institute. I liked those stupid dates and dances and playing pool and ping-pong. And I couldn’t reconcile within me how I could like those things, miss those things, and move away from the church. I felt like I had to let it all go.

Last year my three closest friends from that time came through town, reached out, and we had lunch. I was nervous. I was hoping that this would reunite us, that I could catch a bit of what I’d had so many years before. But the truth is that I moved on without them, and they did the same with me. Lunch was okay, but nothing special. We haven’t talked or communicated once since I saw them over a year ago.

I no longer feel like I have to let Institute go. I feel like I got closure. I am okay with the fact that I enjoyed my time then, even if I don’t believe in the church any longer. I’m okay that my life went a very different direction than my friends’. Institute was okay for me, maybe I could have had other, better experiences, but maybe I could have had worse. I have regrets, but who doesn’t? The experiences I have are all I’ve got. I’m still a little sad when I think that the friends I was supposed to make and keep at the most formative part of my life are non-existent, and I doubt I’ll ever have such close friends again, since adulthood doesn’t really lend itself to such close and frequent encounters, but that’s okay too. I’ve grown. I’m a different person. And I just have to move on from there.
Top
Post Reply
2 posts • Page 1 of 1