Starting your own cult?

This is for encouragement, ideas, and support for people going through a faith transition no matter where you hope to end up. This is also the place to laugh, cry, and love together.
Post Reply
12 posts • Page 1 of 1

Starting your own cult?

How hard would it be to start your own cult?

I’ve decided I’ve moved past all 5 stages of Fowler’s model and have matured and mastered this mortal life enough to break away from NOM and start an Internet cult called the Covenant Pathway to Three Ordinances or CP3O for short.

My cult will be open to kind, happy, overly joyous people who fear government tyranny, hate excessive taxation, and those who find organized religion to be annoying as Tammy Faye Baker’s eyeshadow.

What should you wear when attending my cult meetings you ask? Absolutely anything you want as long as it doesn’t obstruct you from participating in our secret ordinances which may or may not consist of raising your arms high above your head and lowering them as you chant, CP3 ohhhhhhh, three times.

My cult believes in organization synchronization so come prepared to learn more about this ancient Western Egyptian practice too sacred to discuss here in digital print. I will teach you the art form formerly known as Xia aiX which translates to “thou art a super special child of God” when you place an orange in a hat and dim the lights. Be prepared to get orange juice squirted in your eyes, ears, nose, and mouth.

I plan to in the not too far distant future to have many members of my internet cult move in to my mansion that has been funded off the backs of their tax exempt donations and sacrificed livelihood. At a future date they may have the ability to earn heaven points participating in super sacred ordinances that may require consumption of mind altering psychedelics.

Anyone want to join?

See how easy it is to start your own cult? 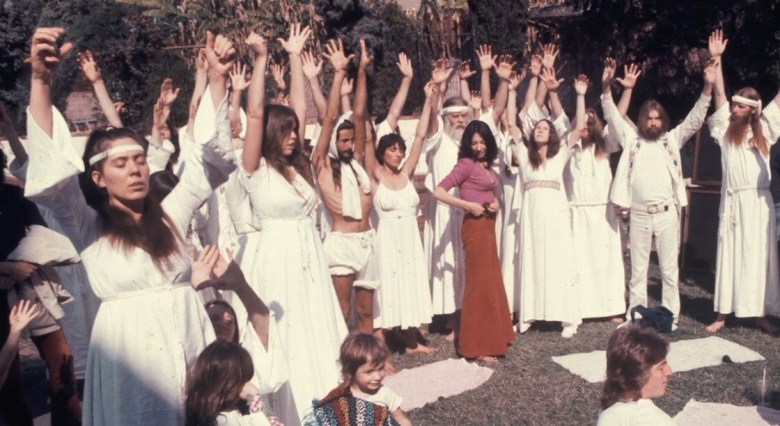 Those who do not move do not notice their chains. —Rosa Luxemburg
Top

I'm a sucker for cults, but i do have a few questions before signing up.
1) what is the initiation into the cult?
2) How often am I expected to show up?
3) Is there ever a shakedown time, such as at the end of the year, when you verify I've given as much money as possible?
4) Is it ok to eat donuts and drink coffee during cult services? Is any food or beverage restricted?
5) How easy is it to get out of the cult?
6) Can I be myself, or do I have to fake belief?
7) Is the cult a 503C or a corporation sole?
~2bizE
Top

Here's the deal with my cult. So the LDS requires you to pay 10% of your income in order to receive salvation. Catholics and Protestants pass around the collection plate. What does doing any of this get you? Nothing guaranteed that's for sure. There is always some loophole. Until now. You pay me a one time $250 "faith offering," and I will give you a signed certificate guaranteeing you salvation in the highest levels of heaven, Valhalla, reincarnation etc. Now, when you die and get to your end destination and they do not accept this official certificate then I will refund your original purchase price plus I will give you double your money back. How can you lose? For $250 you get either eternal salvation in the highest courts of heaven guaranteed or double your money back. Nelson, Oakes, Bednar or even the old Popester cannot even come close to an offer such as this.
Top

Are people going to think of C3PO every time that you write your cult's name? Or is that just me? Will Lucasfilms/Disney try to bar you from using it because of the connection?
Top

Wait....baptism, washing and annointing, endowment...isn't CP3O already taken...sounds a lot like Moronism to me...is this why they are now talking so much about the covenant path?

I mean we renamed the POS to the POH to avoid confusion for people who thought we were talking about pieces of excrement instead of plan of salvation.

You should definitely submit your CP30 concept to 50 E North Temple Street. Be sure to copyright and trademark it first...you might get royalties on it everytime it is mentioned at GenCon. Keep in mind you will have to wait until next October since the very next GenCon is reserved for the worship of the Big Cheese, even Joseph's Myth, and his side kick and puppet Rusty (manipulated by Aunt Wendy (I'm not a lesbian) Nelson.

This must be a divinely inspired post. I was just considering what it might take to start my own cult. I mean, if LRH could do it, why not? Right?

Mine was going to be called EEE for Engineering Eternity for Everyone. All members have to do is define what their eternity looks like. Do you return to God? Become God? Return to the eternal circle of life as star dust? Maybe your consciousness is transformed into photons and you spend eternity racing around the cosmos viewing the majesty and natural wonders of space, and yet doomed to follow the path that inertia and gravity have dictated to you. Everyone gets to define their own eternal plan and goals. The caveat, is that it must be as intricately detailed as possible. Each individual could spend their entire lifetime developing their plan.

Once anyone completes the first draft of their own eternal plan, they are ranked a Perspective Engineering Eternity for Everyone Original Newcomer (PEEEON).

That was as far as I got.

How might our two cults benefit each other?
I'm better than dirt... well most dirt. Not that fancy store bought stuff, I can't compete with that... full of nutrients and everything. -Moe Sizlack
Top

Ok, where do I sign up?
Stands next to Kolob, called by the Egyptians Oliblish, which is the next grand governing creation near to the celestial or the place where God resides; holding the key of power also, pertaining to other planets; as revealed from God to Abraham
Top

Just a couple questions for all you wanna-be cult leaders:
Other than that, all y'all's plans sound just as solid as any other dude's plan for getting more sex, power, and money into their life, by doing... Well pretty much nothing but being persuasive. So... Carry on. I hope you live long (and prosper???)

I’m also thinking of creating a cult, but I want to franchise mine.
Cult name: Uplift
What it does: sells undergarments. To belong to the cult you only have to buy and wear approved Uplift undergarments. That’s it. Uplift members meet regularly as wanted sit around in a circle in their underwear and sing. Come and go as you will. Coffee and donuts will be available to purchase at all Uplift events. There are different levels of Uplift to obtain. Once you have participated long enough you qualify for better undergarments. More perks are available with higher level of Uplift.
Oh, I forgot to mention, the highest level gets to have sex with other adult member of the cult as desired.
~2bizE
Top

Just a suggestion. It seems like the cults with the most lasting power have a book that was created by their founder, attributed to either miraculous revelation or superhuman insight by the author. So do that. It doesn't really matter what the book says, it just needs to be several hundred pages long and make big claims about itself and/or its author/revelator. It doesn't really even have to describe the beliefs that your cult eventually settles on. It's basically a black box that you can claim contains everything your followers need, and that it's important for them to accept it unquestioningly. They don't need to read or understand it (all the better if they don't), just believe in it.
“The easy confidence with which I know another man's religion is folly teaches me to suspect that my own is also.” -Mark Twain

Users browsing this forum: No registered users and 3 guests