This is for encouragement, ideas, and support for people going through a faith transition no matter where you hope to end up. This is also the place to laugh, cry, and love together.
Post Reply
7 posts • Page 1 of 1

For some reason I find Elder Cook to be one of the more annoying of the Brethren - not as smugly bigoted as President Oaks, not as full-of-himself smarmy as Elder Rasband, not as coldly pharisaical as Elder Bednar, not as sheep-in-wolves-clothing phony as President Uchtdorf - but for some reason I really don't like the guy. Maybe it's because I know he helped swindle the residents of Marin County out of their hospital. Maybe because he comes off as an unremarkable man we are all supposed to pretend is remarkable. Maybe it's because I think being Elder Holland's missionary companion helped an uninspiring man get a position where millions of people have to pretend he's inspiring. Maybe because he's one of the Brethren that is always talking about the "religious freedom" bogeyman. Maybe it's because he says dopey things like this:


In his Monday speech, Cook acknowledged that Young “said things about race that fall short of our standards today,” saying that “some of his beliefs and words reflected the culture of his time.” But the 79-year-old apostle insisted the church’s second president (from 1847 to 1877) taught that “of one blood has God made all flesh. We don’t care about the color.”

The same guy who wants me to think the Gospel is never changing and I should stand against the declining moral values of modern society or whatever wants to excuse some horribly, harmfully racist things Brighan Young said because they "reflected the culture of his time". B.S. There were abolitionists in Brigham Young's time, there were those who recognized blacks are human beings with the same rights and feelings and needs as the rest of us - that's what a prophet of God would have thought. It's not what Brigham Young thought. Don't defend him, you pompous small-minded uninspiring little man, just to protect the legitimacy of your authority as a "prophet, seer, and revelator". This disgusts me.

Kimberly Applewhite called it, and said it much better than I can:

“If we’re calling ourselves the Lord’s people, we can and should do more to build the kingdom of heaven on earth,” she wrote in an email, “and not look for reasons to protect our reputations or take ourselves out of doing the work.”

The apostle’s justifications for the early Mormon behavior “not only feel like an inaccurate portrayal of church history but also take away a lot of the context for why church members have more to do today,” she said. “Can we stop saying Brigham Young was a product of his time? We already know that many of his contemporaries felt differently about Black people. And it doesn’t excuse the way that people took his thoughts and ran with them in a way that continues to damage the church’s relationship with the Black community at large.”

"The truth is elegantly simple. The lie needs complex apologia. 4 simple words: Joe made it up. It answers everything with the perfect simplicity of Occam's Razor. Every convoluted excuse withers." - Some guy on Reddit called disposazelph
Top

I agree with your whole post. But this in particular made me laugh.

I'm better than dirt... well most dirt. Not that fancy store bought stuff, I can't compete with that... full of nutrients and everything. -Moe Sizlack
Top


Latter-day Saints who understand more of their history, especially of those times when Church members were marginalized or persecuted, will have “courage to stand with the marginalized today,” Elder Cook said. This understanding includes, for example, knowing why the Saints were driven from Missouri. Among other reasons, this happened because of their sympathetic views toward Native Americans and their disapproval of slavery. 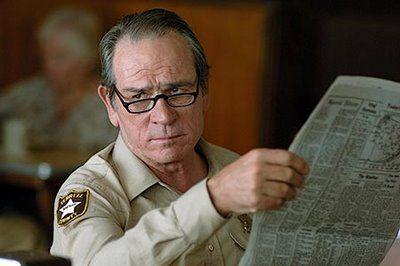 We see things not as they are, but as we are ourselves. - H.M. Tomlinson
Top


Latter-day Saints who understand more of their history, especially of those times when Church members were marginalized or persecuted, will have “courage to stand with the marginalized today,” Elder Cook said. This understanding includes, for example, knowing why the Saints were driven from Missouri. Among other reasons, this happened because of their sympathetic views toward Native Americans and their disapproval of slavery.

Huh. Wonder what those "other reasons" are that the Saints' progressive attitudes were among.

Wow.
You were born to trust, not fear. It is your birthright.
Top

Suppose we take Elder Cook's words as truth. Brigham Young's hateful teachings about race were caused by the attitudes of the general population around him. If we also accept that he was a prophet, it means that God allowed his prophet to teach hateful false doctrines and claim that they were eternal laws.

Fast forward to today. Why should we have any confidence that prophets today are not teaching hateful doctrines that are caused by the general attitudes of their day. By "their day," I don't mean 2020. I mean the 1950's when their attitudes were set. God apparently allows his teachings to get mixed up with the awful opinions that are truly damaging.

I reject such a god and the hateful attitudes of those who preach like this.
Top

As I have said before God doesn't give a damn about our doctrine what he cares about and will judge us for is how we treat each other !!! B.Y. was clearly not a prophet ! Nor are any other church presidents they are no better than any of us .
Top

I couldn't find this meme during his talk at last NOMference. But I found it now!

I feel like the FP are grooming him to keep up their bigotry. And because of the hospital thing, we already know he is capable to justifying doing sh!tty things to innocent people.
...walked eye-deep in hell
believing in old men’s lies...--Ezra Pound
Top
Post Reply
7 posts • Page 1 of 1

Users browsing this forum: No registered users and 19 guests