On taking yourself too seriously.

Discussions toward a better understanding of LDS doctrine, history, and culture. Discussion of Christianity, religion, and faith in general is welcome.
Post Reply
2 posts • Page 1 of 1

On taking yourself too seriously.

Marvin J. Ashton was and always has been my favorite general authority and here is why:

When he was first called to be an apostle, and this was a long time ago, he was given some advise from Rueben J. Clark, who was at the time in the first presidency. His words were something like this, "Marvin, it's good to have you, and you will do fine. Just remember the fifth rule about being an apostle."

"What is the fifth rule? No one told me about any rules", said Marvin J.

"It is simple. Don't take yourself too seriously", said J. Reuben.

"Okay, that seems like a good rule. I will keep that in mind", said Marvin J."Oh, by the way, what are the first four rules?"

J. Reuben smiled, and said, "There aren't any".

It seems a pity that the Mormon church has forgotten the fifth rule- at least too many have- I think.

(Side note. I spoke with Marvin J. Ashton a few times, but did not know him well, nor he me. I don't remember the context of the story, or if it even happened, but that is how I remembered it. I don't care much and it does not matter to me if it is exact or not. The message though, is still quite clear.)
"Let no man count himself righteous who permits a wrong he could avert". N.N. Riddell
Top 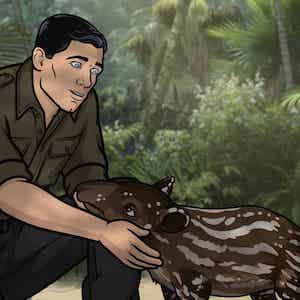 Re: On taking yourself too seriously.

The Q15 today take themselves WAY too seriously. Anything Bednar says IS scripture. He stands up first. Last conference when Nelson walked in and everyone stood, that look on his face as he motioned to command everyone to sit... he was just soaking in the adulation. I wanted to puke.
Top
Post Reply
2 posts • Page 1 of 1

Users browsing this forum: No registered users and 24 guests