Discussions toward a better understanding of LDS doctrine, history, and culture. Discussion of Christianity, religion, and faith in general is welcome.
Post Reply
8 posts • Page 1 of 1 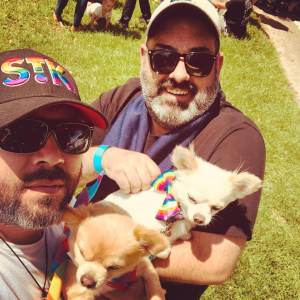 When was the last time polygamous sealings were discussed openly in GC?
Top

I remember an apostle talking about "my eternal companion" and he was referring to his second wife (I think it was Oaks), but other than that, I don't recall anything.
There are 2 Gods. One who created us. The other you created. The God you made up is just like you-thrives on flattery-makes you live in fear.

Didn't Nelson brag about his two celestial brides at some point in the recent past?

I also remember an article or something where they showed that he has portraits of both of them in his office "at work."
Faith does not give you the answers, it just stops you asking the questions. -Frater Ravus

I wouldn't go as far as saying it was "discussed." Maybe briefly mentioned. But there was no in depth discussion, or meaningful clarifications. Just more, "don't worry about it, it will work out." and "Just trust us!"
I'm better than dirt... well most dirt. Not that fancy store bought stuff, I can't compete with that... full of nutrients and everything. -Moe Sizlack
Top

That joke he used was unkind, detached, and cruel. My wife and I tease each other all the time, but plural marriage on the other side was always on the "we don't joke about this" list. She was livid when she heard about it and we've been out for 3 years now. She tells me that every woman she knows in the church dreads this theological inevitability and many are haunted by it. Oaks, an actual polygamist, thought it was a good opening joke.

I wonder if Carol Lynn Pearson has anything to say about it... oh yeah, she wrote a book about it. Was he taking a shot at CLP?

Reminds me of a politician who doesn't know how much a gallon of milk costs. This jerk doesn't know (or doesn't care) how much that joke hurt many women.
Top

I have to say, though, I am a little uncomfortable when disaffected members make a big deal out of Elder Oaks and Elder Nelson being "spiritual polygamists". The Church's doctrine on polygamy in the next life is absolutely abhorrent, don't get me wrong. Yet - if there is an afterlife, most of us will want to be with our spouse. However death and remarriage is common enough that if there is an afterlife, it's something a lot of people will have to sort out. Which spouse will I be with? One? Both? Neither? Yeah, the Church is disgusting with the whole one-sided polyamory and undercurrent of male ownership of women in the next life, but at the same time, in some ways aren't Elders Nelson and Oaks grappling with an issue many may one day grapple with, only doing so within their confines of their religion's admittedly disgusting doctrine on the subject?

Of course, they are both a couple of pigs when it comes to women, don't think I am defending them, I'm not. I'm just saying it's as issue all those who believe in an afterlife who remarry have to confront, and Mormons may not be the only people walking around who are "spiritual polygamists".
"The truth is elegantly simple. The lie needs complex apologia. 4 simple words: Joe made it up. It answers everything with the perfect simplicity of Occam's Razor. Every convoluted excuse withers." - Some guy on Reddit called disposazelph
Top

Users browsing this forum: No registered users and 24 guests