Nothing good like a future Apostle or raising the dead. Mostly boring stuff.
**Spoiler alert** He's from the tribe of Ephraim.....didn't see that coming.
Top

Patriarchal blessings used to be a really big deal. I remember hearing about my parents' blessings and how they were so sacred that I could not read them unless they showed it to me. And some blessings were rumored to have some astonishing promises in them. I have a nephew who has the promise that he will be present, as a mortal, when Jesus returns. I don't think that patriarchs are encouraged to make those kinds of material claims any longer. We have too many older people who also had that promise but have since passed away. Two of my children have patriarchal blessings and those blessings are nice, but kind of underwhelming.

Seeing an archive of blessings and tracking the themes would be enlightening. I suspect that it would tell us a lot more about the state of the church throughout history than much about the people receiving the blessing.
Top

Corsair wrote:Seeing an archive of blessings and tracking the themes would be enlightening. I suspect that it would tell us a lot more about the state of the church throughout history than much about the people receiving the blessing.

That's the beauty of the internet.

The patriarchs handbook was leaked recently. Looks like the PDF had been taken down but an archive version can be found here:

http://wayback.archive.org/web/20161208 ... dbook2.pdf
Those who do not move do not notice their chains. —Rosa Luxemburg
Top

Wasn't the Tribe of Ephraim the ones who purchased Ford Edsels and took zeppelin rides in the Hindenburg?
Good faith does not require evidence, but it also does not turn a blind eye to that evidence. Otherwise, it becomes misplaced faith.
-- Moksha
Top

Declaration of Lineage - seems like they should totally shy away from this part now that DNA tests are so easily accessible. Just like removing the ancestry of the American Indians from the title in the BOM, you would think the COB would stop shooting themselves in the foot with individual promises of being members of Abrahamic tribes. Oh, but wait, you say; you are adopted into that tribe by virtue of your baptism into the one true gospel. Okay then, all is well.
“Sir,' I said to the universe, 'I exist.' 'That,' said the universe, 'creates no sense of obligation in me whatsoever.”
--Douglas Adams

I completely forgot about patriarchal blessings. Mine was complete bunk. Every. Single. Prophecy. Was. False. They weren't vague, they weren't open to interpretation, there were only two predictions.

The first five or so paragraphs were all about my mission and the amazing work I would do in the particular country I was called to. Turns out I gave 0 discussions, 0 lessons, I barely learned the language, and I went home sick after a single transfer.

The last three paragraphs were about my marriage. I would marry a woman in the temple who would remain faithful, that was written in my blessing. Nope, that didn't happen. We would struggle to have children but would find children outside of biology means. Nope, 4 children and we never had a problem getting pregnant.

BUT, when I was a believer, I would continually try to spin them to work into my life or potential future. I had convinced myself that I would serve a couples' mission after retirement in my original mission and then do amazing work. I had spun what the word "struggle to have children" (or whatever it was) to make it work that even though we had no problem conceiving, it obviously meant something else.

The real struggle is the mental gymnastics to make a fortune telling come true.
Top

It was extremely hurtful to my husband and impossible to spin into anything that made sense. What a crock.
Top 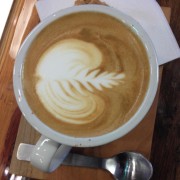 I love patriarchal blessings.
I look forward to reading my horoscope.
I always read the fortune in my cookie.
Nothing better then a good palm read.

Ha ha ha ha
Out beyond ideas of wrongdoing and right doing, there is a field. I'll meet you there.
Rumi
Top

One of my long ago shelf items was that the author of "Sun Signs" new more about me than the stake patriarch.
If I'm a bird, why can't I fly?
Top
Post Reply
9 posts • Page 1 of 1

Users browsing this forum: No registered users and 21 guests