Discussions toward a better understanding of LDS doctrine, history, and culture. Discussion of Christianity, religion, and faith in general is welcome.
Post Reply
3 posts • Page 1 of 1

If I wanted to encourage thought and try to understand devout believers better, I might ask:
“Swords? Really?”

See the Things to consider for this lesson.

And, here’s a list of some other observations about this lesson’s reading. 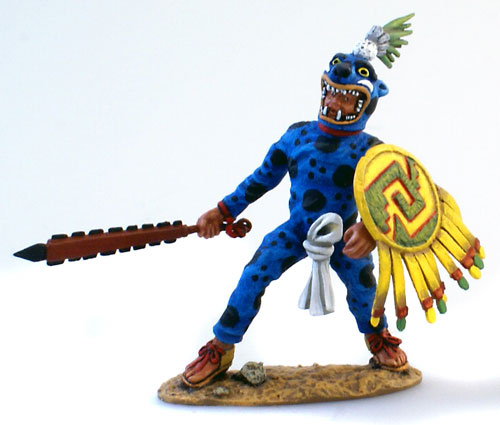 I feel another apologist rant coming on.

If I recall correctly, it was John Sorenson who showed a picture of well-preserved spider silk gloves and said, "see, they had silk!" but at the same time wants you to think it's not unreasonable that all of the steel (and human DNA) has vanished through natural means. Note: the gloves did not even come from the right time and place to fit the FARMS/FAIR BoM narrative. Alternatively, Sorenson also says that the word that Joseph translated as silk actually meant cotton. Two answers are better than one!

One of the ways apologists really destroy testimonies is by telling half-truths to people who are eventually going to find the whole truth. One of the main points that kept my testimony going for a few years was the FARMS claim that archaeologists had discovered iron mines in the Oaxaca Valley dating to 1200 BC (Jaredite time period). The ore was transported to workshops in San Juan Mogote, which is Olmec (Jaredite) territory. What they don't tell you is that this was not iron ore at all but hematite, which it is well known was used to make polished beads and mirrors. I don't understand how these guys really think this kind of prestidigitation makes for a valid argument in support of the BoM. Obviously they know they are misleading people, so how do their own testimonies remain intact? Has their moral compass needle been replaced with some kind of spine-dissolving hematite that points their lips toward buttocks in the COB?

Also, steel = obsidian, except when it's talking about Laban's sword. That steel was real steel. Nephi's steel bow was probably bronze because "steel" can also mean "bronze" when you need it to. Oh, and it's not talking about obsidian in the case of the Jaredites, it's really talking about steel that was somehow miraculously derived without smelting from hematite before steel was in common use anywhere else in the world by people who actually had high quality iron ore and foundries. BTW, Jaredite and Nephite steel utterly turns to dust over time while Laban-style steel (also out of place in Laban's society) remains perfectly preserved.
“The easy confidence with which I know another man's religion is folly teaches me to suspect that my own is also.” -Mark Twain

Users browsing this forum: No registered users and 3 guests