Was Jesus a martyr?

Discussions toward a better understanding of LDS doctrine, history, and culture. Discussion of Christianity, religion, and faith in general is welcome.
Post Reply
4 posts • Page 1 of 1

Was Jesus a martyr?

One of the big things with Mormonism is that Joseph Smith was a martyr. Killed for the word of god, which cemented a faithful following because he was unjustly killed.
While Christianity believed Christ died for our sins, the message today isn’t that he lay down his life.
Do Mormons believe Christ was a martyr like Joseph Smith?
~2bizE
Top 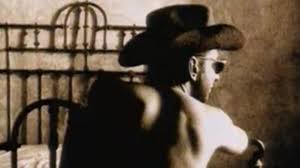 My sense is that Mormons absolutely not only believe that Jesus was the ultimate martyr but also all of his original apostles (other than Judas) were eventually martyred as well.

Martyrdom is a major part of the DNA of Christianity and we inherited that. Almost all believing Christians (and Mormons) would believe that Jesus voluntarily laid down his life to die for our sins. That tradition comes from three out of the four gospels (G of Mark shows Jesus almost in shock whereas the others which are written later than Mark say he knew exactly what was going to happen and he voluntarily goes through with God's will).

Now with JS, it's true that he did not voluntarily lay down his life (and BTW I don't think the historic Jesus did either) but that doesn't matter because the technical definition of the word is:

So with JS firing a pistol at the mob (which is never taught), he can still be a martyr. I don't think the historic Jesus knew what was going to happen to him and I don't think he wanted to be executed and he believed that God was going to intervene on his behalf. They both suffered and died for their respective causes.
Last edited by stealthbishop on Mon May 09, 2022 12:10 pm, edited 1 time in total.
"Take second best
Put me to the test
Things on your chest
You need to confess"

I think martyr is an after-the-fact assessment.

Read "How Jesus Became God" by Bart Ehrman for an interesting examination of how the story develops. It's pretty short and very different from how the world commonly sees Jesus. 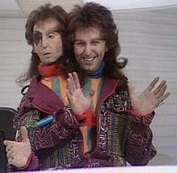 Read "How Jesus Became God" by Bart Ehrman for an interesting examination of how the story develops. It's pretty short and very different from how the world commonly sees Jesus.

Radio Free Mormon did a podcast a couple weeks ago along the same lines. His take was that Jesus was likely a historical character who did claim to be a fulfillment of the Jewish Messiah prophesies. When he was kill and obviously could not fulfill the prophecies as people understood them, his followers started twisting stories and scripture as a way to force the story of Jesus into the prophesies of old.

Basically, the New Testimate is a ret-con of the Jesus story of the day into ret-coned Old Testament stories.

Radio Free Mormon: 240: How Jesus Became the Savior
"The story so far: In the beginning the Universe was created. This has made a lot of people very angry and been widely regarded as a bad move." -- Douglas Adams
Top
Post Reply
4 posts • Page 1 of 1

Users browsing this forum: No registered users and 16 guests