Discussions toward a better understanding of LDS doctrine, history, and culture. Discussion of Christianity, religion, and faith in general is welcome.
Post Reply
3 posts • Page 1 of 1 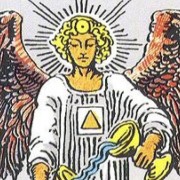 I just listened to an interview with Paul Toscano where he tells the story of Gary Fuchs in Bath, England who had missionaries tract into him and brought out golden plates, a sword of Laban and U&T. He claimed that his father was a German archeologist who had worked in South America and fled to England as Hitler took power and gave the artifacts to his son for safekeeping and to pass on to the Mormons. Toscano claims the mission president arranged for these to travel to Salt Lake (in the wall of a yacht) through Canada and then were inspected by the Church and a BYU prof. named Paul Chessman, who declared them spurious (glass in hilt of sword not jewels). He claims the Church still has them. Toscano said he was asked about the story and it was published in the book "Salamander" about the Hofmann murders. He says that there were rumors Hofmann started the ball rolling when he was a missionary and located these fakes that were made in the late 1800s to fool missionaries. I loved this story and shared the podcast with a friend who was a missionary in Bath that thought it was total BS. Has anyone else heard this story? Any more solid evidence or other sources beside Paul Toscano? Do you think it sounds like BS or plausible?
Top

Just free-associating on the word Bath. Did you know it is Epiphany Day (January 19) in Russia when members of the Russian Orthodox Church like to cut holes in the ice of frozen lakes and rivers and plunge into the icy waters? If they were Mormons they could warm up afterward with a nice hot chocolate and a plate of tuna casserole.

Carry on with the rest of this discussion.
Good faith does not require evidence, but it also does not turn a blind eye to that evidence. Otherwise, it becomes misplaced faith.
-- Moksha
Top

I haven't heard this story, but I love it. Especially if the church actually has those artifacts and is keeping them hidden. Why would they do that? Maybe because it would shine a light on other fakes that fooled church leaders, like the Kinderhook plates and the Hoffman documents?

ETA: And the Book of Abraham papyri, for that matter.
“The easy confidence with which I know another man's religion is folly teaches me to suspect that my own is also.” -Mark Twain

Users browsing this forum: No registered users and 11 guests