Chat about a topic supported by books, TED Talks, podcasts, personal experience, philosophies of mankind mingled with humor (shout out to IOT), and maybe we’ll even do a google hangout or conference call once a month.
Post Reply
8 posts • Page 1 of 1

Sounds like the Snufferites are beginning to revise the scriptures!

It sounds like they will have the ultimate in web 2.0 common consent with people being able to request edits.
https://en.m.wikipedia.org/wiki/Walter_ ... clergyman)
Top

Interesting. The Snuffer/Waterman viewpoint where the church went off the rails after Joseph is interesting and incomprehensible to me. There is no way I could be involved in any kind of splinter group of Mormonism. Snuffers emphasis on seeing Jesus and having a relationship with him is cool, but why muddy the water with Mormon stuff?
Top

This is only a modern age version of how our current Canon was created and compiled. The Bible was written by Bronze Age men with Bronze Age understanding and values and compiled by Iron Age men with Iron Age understanding and values. The Bible is in need of major overhaul. The Book of Mormon has been aptly described as fan fiction. The D&C is from around the time of the Industrial Revolution.

89% of Americans still believe in God. We, as a society, have advanced considerably in our understanding. I'm​ sitting here and considering a compilation of writings that reflects the values and wise guiding principles for our society and I actually think it's a good idea. I'm not sure I would call it scripture, but some writings I have found so timeless and useful, I consider them inspired.

The Serenity Prayer
I Have A Dream speech
To Kill A Mockingbird​
The ethical codes of the Wiccan Rede (as long as you don't harm anyone--including yourself--do what you want)
Since it's possible for this to be digital, I'd put in some movies, too
At 70 years-old, my older self would tell my younger self to use the words, "f*ck off" much more frequently. --Helen Mirren
Top

Can someone who understands please explain how this works? Isn't the BoM and D$C copyrighted? What are the laws around taking another document or book and creating your own version?
~2bizE
Top

2bizE wrote: ↑
Wed Mar 22, 2017 2:18 pm
Can someone who understands please explain how this works? Isn't the BoM and D&C copyrighted? What are the laws around taking another document or book and creating your own version?

Copyright does not last forever (efforts of the Disney corporation notwithstanding). The Salt Lake City branch of the LDS church cannot, and does not, stop Community of Christ from publishing and using their printed and maintained versions of the Book of Mormon or Doctrine and Covenants. The CoC has continued adding sections to the D&C which certainly makes it look as if it was led by a prophet that produces scripture...

Orson Scott Card is a well known science fiction author and an active, believing Mormon. He wrote a series of books called "Homecoming" which tell the stories of the Book of Mormon in a rather good science fiction setting. They were really good and thought provoking. However, some of his believing LDS acquaintances thought this tactic as some kind of plagiarism and blasphemy so Brother Card wrote An Open Letter from Orson Scott Card to those who are concerned about "plagiarism" in The Memory of Earth. It's a very insightful article whether you are a believer or not. In particular, Brother Card points out 6 important points:
Brother Snuffer can easily use this same reasoning in support of his own new scripture. I would love to see a rhetorical and philosophical series of responses between Snufferites and mainstream LDS theologians. Although, does the LDS church even have theologians who could and would authoritatively respond?
Top 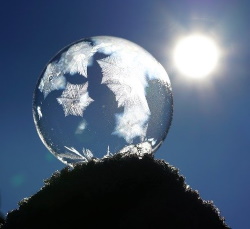 2bizE wrote: ↑
Wed Mar 22, 2017 2:18 pm
Can someone who understands please explain how this works? Isn't the BoM and D$C copyrighted? What are the laws around taking another document or book and creating your own version?

Nothing is being used that is copyrighted by the LDS Corporation. The people who felt inspired to do this went into as many of Joseph's writings as they could find. The 1840 Book of Mormon was used because it was the last update before Joseph died (the idea, diametrically opposed to the LDS view, being that there were errors in the first copy because Joseph hadn't looked at it before it went to print. In essence, they were amateurs when it came to writing and publishing books). The D&C is also different.

The Corp owns the formatting they use, but they don't own the BofM, nor the D&C, nor the stuff in the Pearl of Great Price. And, like I said, the people doing this went to as many original sources as they could find.
There are 2 Gods. One who created us. The other you created. The God you made up is just like you-thrives on flattery-makes you live in fear.

Right. The original copyright on the Book of Mormon ran out long ago. The LDS Church only owns their version of it (headings, footnotes, additions and subtractions that they have made).


Corsair wrote: ↑
Thu Mar 23, 2017 12:33 pm
Brother Snuffer can easily use this same reasoning in support of his own new scripture.

Even though he supports this effort, gave permission for some of his visions and such to be put in when permission was asked, and brought the two groups together* these are not Denver's scriptures. There is a website where we can give input. We have until early July to suggest changes, additions, deletions which, Denver said, would be on the website for everyone to look at and decide upon.

In September, we will decide if we accept them as scripture (the word "sustain" was used, and a whole lot of people got upset with that and complained; I was one of them. So I don't know exactly how it will be worded, but it is essentially, "Do you consider these to be your scriptures now?")

There is a tremendous amount of discussion and debate about these scriptures. Some reject them. Some accept them, but see no need to sustain them or to state publicly that they accept them. Some (very few) seem willing to publicly accept (sustain, if a different word is used) them. People are slowly coming to their own conclusions about whether they will use these scriptures, whether they intend to vote yea or nay (or abstain). It is quite the thing to be part of and to see.


*Many people felt inspired to put together scriptures that were closer to what they thought Joseph had intended, or had desired, but had been changed later down the line. Two groups were contacting Denver and when he realized that it was not one group, but two, talking to him, he got a meeting together with them so they could meet each other. Then they became one group. (This version comes from a friend who was on the committee.)
There are 2 Gods. One who created us. The other you created. The God you made up is just like you-thrives on flattery-makes you live in fear.

Believe in the God who created us. And the God you created should be abolished.
PK
Top
Post Reply
8 posts • Page 1 of 1

Users browsing this forum: No registered users and 1 guest