Chat about a topic supported by books, TED Talks, podcasts, personal experience, philosophies of mankind mingled with humor (shout out to IOT), and maybe we’ll even do a google hangout or conference call once a month.
Post Reply
8 posts • Page 1 of 1

Something that has irritated me for a while and keeps rearing its ugly head. I don't know if I'm just being petty and butt hurt about it so I'd like some outside input.

My husband's ex wife has been friends on Facebook with one of his sisters and nieces for quite a while. Okay, the niece and ex-wife married guys that were best friends growing up, so I can see the connection there. More recently, though, another sister and niece became friends with her. Which, I don't get because that sister and niece have no real connection with the ex wife.

Anyway, DH & his ex had a very ugly divorce and he ended up giving up his parental rights to his children due to a whole lot of BS from his ex.

I don't get it. She wouldn't let anyone in his family see the kids after her new husband adopted them, but now is all buddy-buddy with a select few?

On the opposite side, yes, I'm friends with a few of my ex-husbands family members, but if he were still alive, no way! I've always operated under the belief that blood is thicker than water. My loyalty lies with family. When he was alive, I cut ties with them because I didn't want them to be disloyal to him!

Am I just being petty? I don't hold a grudge against DH's family that are "friends" with her, but it feels very disloyal to him and to me. I wouldn't "friend" one of my siblings ex-spouses, especially if they'd been remarried to someone else twice as long as they were married to the ex-spouse.
Somewhere on a toilet wall I read the words 'You form a line to formalize the former lies.' And I finally saw the truth - Slipknot
Top

I vote for petty.

Only because it's Facebook. What's the relationship like? Shared food pics, vacation pics, FarmVille, and a few likes?

Plus people are free to have relationships with people they choose.

Emotional energy is better spent else where.
Those who do not move do not notice their chains. —Rosa Luxemburg
Top

HighMaintenance wrote: Am I just being petty? I don't hold a grudge against DH's family that are "friends" with her, but it feels very disloyal to him and to me. I wouldn't "friend" one of my siblings ex-spouses, especially if they'd been remarried to someone else twice as long as they were married to the ex-spouse.

I'd probably say tribal rather than petty, particularly since you're framing it in terms of loyalty. Admittedly I'm speaking from a place of ignorance in these sorts of situation, but it might be worth pondering on why exactly you feel it is disloyal. Why does loyalty to you and your husband demand they not exchange Facebook inanities? Is such behavior actively and deliberately setting out to do you harm? Or is it just you don't like the thought of your tribe being friendly with the enemy tribe?

Just to be clear the questions are intended for introspection, you have no need to justify your emotions to anyone here.
Hindsight is all well and good... until you trip.
Top

It's no great revelation that social media like Facebook has complicated human relationships as much as it might have enhanced them. I have a good friend who got divorced in the early 90s long before Facebook. But he was amused once he joined Facebook ten years later because it kept suggesting that he "friend" his ex-wife since they naturally had a lot of friends in common. He took some dark comfort in knowing that she was getting the same treatment when she logged in.
Top

A lot of it goes back long before Facebook even existed and to the sister mentioned first in my narrative.

She worked with his ex and did a lot of prodding on him to give up the kids. Then, when he finally did - and was truly devastated by the decision - she cried with him, profusely apologizing for her role and how she had been manipulated and lied to. Then, back to being buddies with the ex. Then "oh, HM & DH, I need a car, but my credit is ruined, please help me."

Yeah, it is tribal on my part. Frankly, I don't care that much about any loyalty to me, beause their opinion of me is none of my business. But knowing that my husband would do everything possible to help any one of his siblings, yet maybe one or two of them would do the same in return gets me annoyed. That I care about.

Maybe I've just been mislead by memes that have told me that only family will be there for you in the long run!

Somewhere on a toilet wall I read the words 'You form a line to formalize the former lies.' And I finally saw the truth - Slipknot
Top 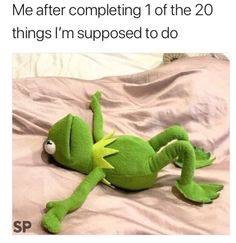 Things to think about.

Could they be trying to stay connected to your DH's children, even though he gave up parental rights?

Might they have liked each other when the first marriage was good and think that enough time has passed that all bitterness from the divorce is healed and that it is alright to reestablish a relationship now?

My daughter divorced her hubby of 15 years and he and all his relatives immediately unfriended us on Facebook, and it kind of hurt because we had had good relationships with them. We like them as people and divorce is bad enough without losing all the relationships with your relative's in laws.

What insecurity is this touching off inside of you?

Would you feel comfortable talking to your sisters in law to find out why they want this relationship and what it means to them?

I don't think you are being petty. We don't always have control over our feelings. If it bothers you, then it bothers you and you need to work on it.
Top

I would love nothing more than if DH's siblings were trying to build ties with the kids. They are in their 20s now, are on their own, and have their own Facebooks, so she really couldn't do much to prevent such a connection.

DH has attempted to contact his kids, but was met with silence from his son and threats of a protective order from his daughter - just for saying "Hi, I'm here if you want to ever meet."

The second sister mentioned in my narrative was 42 when DH got married to his ex, and was living on the the other side of the country. Other than the rare family get together and maybe his Mom's funeral, there wasn't much interaction, like with the first sister I mentioned.

I guess the insecurity I'm feeling is that there is some sort of ulterior motive from the ex's side. When they got divorced and she packed up everything and moved across the country, she maintained friendships with some of their neighbors who kept her informed of his comings and goings, girlfriends, when he put his house up for sale . . . Our lawyer referred to them as her spies and she got a little huffy.

I've discussed this a little with sister #1, not in an ultimatum type of discussion, because I know full well that it's none of my business who she is friends with.

Thanks for all the help, everyone, in allowing me to talk this through. My husband gets melancholy if I bring it up and I needed a safe place to put my thoughts into words. He knows he really messed up by allowing her to take the kids out of state in the first place and then doubled the screw up allowing his family to pressure him into giving up his parental rights.
Somewhere on a toilet wall I read the words 'You form a line to formalize the former lies.' And I finally saw the truth - Slipknot
Top

Divorce can be really complicated, even in the best of circumstances.

The way it usually works is that it does break apart into family lines. But I have aunts who divorced my uncles that I'm still friends with. They are amazing women and were in my life for years (and influenced me). It's not that I don't care about or support my uncles (who I'm actually related to). They are the mothers of my cousins.

Part of divorce is recognizing that you will lose all those relationships and friendships.

I didn't necessarily want to lose the relationships with my former in laws. That's just what happened. We are still polite, email and get along, but it's not the same. So, from my perspective, every relationship I have that has bucked this trend, where people are still kind to me, where people still maintain some semblance of friendship means a lot to me. And, with that said, I know many family members of mine and friends maintain relationships with my ex, and I support that. It's not fair for me to have double standards.

Each situation is unique, and that's not always possible.

With that said, this situation sounds unique. For me, I've found resentment about the past, wanting the past to be different has not been useful. All it does is distract me from the beauty in my life today, and what I can do to change myself and my surroundings tomorrow. If there's something specific I can do, I want to do that. If there is something I can ask, I want to do that. Otherwise I have found I need to let the past go. Let go of wanting the past to be different. This can be very challenging, and is something I work on daily.
Top
Post Reply
8 posts • Page 1 of 1