This is for encouragement, ideas, and support for people going through a faith transition no matter where you hope to end up. This is also the place to laugh, cry, and love together.
Post Reply
4 posts • Page 1 of 1

Another thread sparked this one.

Nowadays nobody really wants to engage in a conversation about church stuff after the first discussion about it, but when I first disclosed, the most common questions was this:

"Can you just give me one example of something that you think shows the church is not what is says it is?"

I mostly answered with Book of Abraham, since it was my first shelf item chronologically. They would respond with something like "I haven't really done any research about that but I am sure there is an explanation." My father-in-law asked this and I was having a more bitter moment and started rattling off issue after issue until my wife put her hand on my arm in a "that's quite enough" type gesture.

That's a pretty safe question. Any one thing can be excused without damaging trust much. It's the total weight of excuses that's the problem.

I don't know whether most believers would ask it for that reason, though. Maybe they were trying to find an issue they could explain to help you doubt your doubts.

(The BoA is wonderfully problematic, though, especially the facsimiles.)
You were born to trust, not fear. It is your birthright.
Top 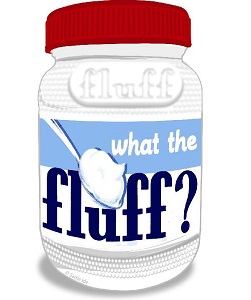 I've really only had one believer ask any questions whatsoever, and their question was: What happened? I want to know everything. Unfortunately, I don't think that person is in the mental or physical state to withstand a all-out shock and awe campaign of "what happened," so I kept it generic, and about "me," and eventually literally said: "If we go down that road, you are going to learn things you never wanted to learn," and they eventually agreed that it probably wasn't a good idea. With all other believers in my life that know of my leprosy, it's complete radio silence as far as questions are concerned, or just slight hints at the lame excuses that the church makes up to turn believer's brains off.

Personally, if I were to get a "Give me one thing" question, my immediate response would be: "It's not just 'one thing' that proves the church is not what it claims to be, there are mountains of evidence." I'd likely then ask them to read one of the gospel topics essays as a start, and to get back with me to discuss it later. In other words: "Until you know what I know, there is no reason to attempt any sort of discussion." Most believers are unwilling to do any "homework" at that point, which shows how truly invested they are in actual understanding.

I do agree with you though Slaver: The Book of Abraham is probably the most excellent "one thing" that proves the church untrue. Again if a believer told me: "I haven't really done any research about that but I am sure there is an explanation." I would reply: "Please go ahead and do that research and get back to me with that explanation." And I'd likely point them to "The Essay" about the BoA.
Faith does not give you the answers, it just stops you asking the questions. -Frater Ravus

We are secrets to each other
Top

BofA is a good response.

I think it’s pretty easy to destroy Brigham Young’s reputation with history. Joseph Smith is a little harder since there are some gaps in that allows one to make calls on whether an issue is good or bad... But that’s a lot harder to do with BY. Example- RFM’s apostolic coup de tat; transfiguration myth; blood atonement; Adam-God doctrine; amassing of personal wealth from tithing; question of prophet status among saints; polygamy and treatment of wives; general a** holery; etc.

I think once a TBM is open to seeing BY as not a prophet and even more a pretty bad dude, the whole notion of - “if the BofM is true then that means JS saw God and Christ and he’s a true prophet, so the church is true, we live happily ever after. Yay!” goes out the window. They’re then more open to examining JS critically and will come to see the church as a house of cards.
“How valuable is a faith that is dependent on the maintenance of ignorance? If faith can only thrive in the absence of the knowledge of its origins, history, and competing theological concepts, then what is it we really have to hold on to?”
D Brisbin
Top
Post Reply
4 posts • Page 1 of 1

Users browsing this forum: No registered users and 5 guests