Discussions toward a better understanding of LDS doctrine, history, and culture. Discussion of Christianity, religion, and faith in general is welcome.
Post Reply
11 posts • Page 1 of 1

This just sounds like autocracy with extra steps. Maybe Joseph Smith would have done an admirable job of being in charge of something like this, but a lot of his time seemed to be take up with sealing three dozen women to himself. Brigham Young's long reign might have approached theodemocracy, but it largely just looked like low grade tyranny where you had to take up your civic disagreements with God. It's a republican government with the prophet getting an ultimate veto power and then leading the press corp and legislators in another sing-along to "Follow the Prophet, He Knows the Way."


if consensus could not be reached, then Smith would "seek the will of the Lord" and break the deadlock through divine revelation.

Surely, there is no way this could go wrong.


On the day of the council's organization, John Taylor, Willard Richards, William W. Phelps, and Parley P. Pratt were appointed a committee to "draft a constitution which should be perfect, and embrace those principles which the constitution of the United States lacked." Joseph Smith and other council members criticized the U.S. Constitution for not protecting liberty with enough vigor.

The "Liberty" which Joseph wanted to protect with "vigor" seems to be plural marriage and creative land deals. This sounds like when people defend the Confederate States of American claiming that they simply wanted to preserve "states rights." Unfortunately, the first right they wanted to preserve was to remove all rights from slaves since they owned them.

Unless it's Jesus Christ physically occupying the Oval Office, I prefer to keep the courthouse, counting house, and church house in entirely separate buildings.
Top

It makes me think of how the church runs other elections. At church, we are told who is being called. We can then raise our hand to sustain or oppose. If we oppose, it does not matter. It just makes the rest of the congregation look at you funny. I was told how department chairs are selected at BYU-I. It was unsurprisingly similar. (At the school where I work, we elect the department chair and the administration has the right to refuse the department's choice. The order makes a lot of difference. The administration has never turned down the departmental choice to my knowledge.) The higher-ups would select who to present as department chair. They would come to a department meeting and "vote" just as you would sustain someone at church. When I went to BYU, we "elected" student officers. But all the candidates had to be approved by the administration. Once, a bunch of us wrote in a name. I'm sure our write-in got the most votes. The people staffing the ballot box commented that they had never seen so many votes. It didn't matter. The write-ins were ignored.

I am afraid that the best that theodemocracy would look like is the Iranian system. Anyone's free to run for office if they get the approval of some group of GA's. Laws would have to be approved by that group, as well. There would be voting, and races, and debates, but it would all be controlled by the ecclesiastical authorities. It would be a mess even if JS had not made it a principle that decisions have to be unanimous. That wrinkle takes politics to the back room and out of the public eye. In the worst case, the church authorities would select the candidates who would run without opposition. Write-ins would be ignored.
Top

It sounds like an excellent form of government assuming certain caveats:
1)Jesus Christ exists
2) He is actually running the show
3) Everyone can see and hear Him, so they don't have to rely on some guy to tell them what He wants.

Otherwise it seems like you'll just end up with a kingdom where one person has unimpeachable power, like the Medieval kings who were ordained by God to treat their subjects as property.

Brigham Young got pretty close to that kind of power structure. 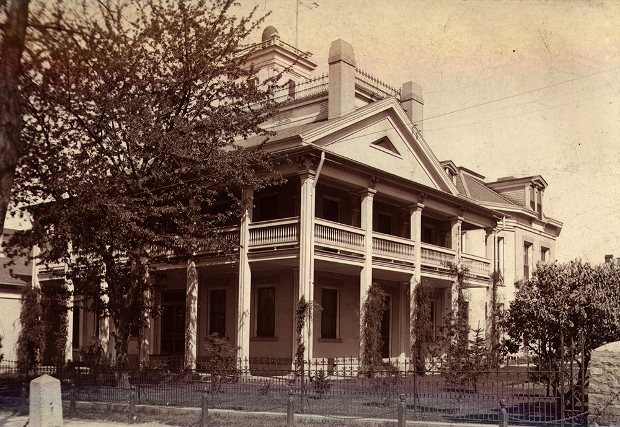 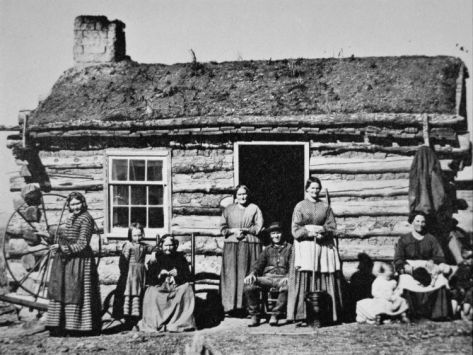 Having an organized theocracy on paper and how it would actually work are two separate things.
What would the church be like today if Utah was its own territory run by the church. Wait, that is pretty much how it is anyway, but it would be 10 times worse. I think this church theocracy would be somewhere between Saudi Arabia and North Korea. It all depends on who is running the show. If we look back at past actions by leaders it can help us understand how the theodemocracy would really work.
1) Joseph Smith orders the newsletter building to be burned because it prints an article about his secret sexual indulgences he called plural marriage.
2) Brigham Young and the Mountain meadows massacre.
3) Brigham young and killing off the Timpanogous Native American tribe.
4) Brigham young and black people.

Clearly this shows us what happens with absolute power. The big guy in charge would overrun the theodemocracy.
~2bizE
Top

A real "rubber meets the road" test for any government is how it deals with dissent. Since the days when Oliver Cowdery and David Whitmer were chased out of Far West to the present, dissenters have simply been lopped off from the Church like unwanted branches. In theory the Church has no "loyal opposition." In practice it is constantly chasing dissidents off "the reservation." The phrase "turn over to the buffetings of Satan" is found in official Church records after someone is kicked out of the Church.

The "two party system" has its weaknesses, but it does make room for dissent. Dissent may often be constructive, and variations of the two party system are typical of most of the free governments in the world today.
God is Love. God is Truth
Top

I think I found a fellow Rick and Morty fan...
"I would write about life. Every person would be exactly as important as any other. All facts would also be given equal weightiness. Nothing would be left out. Let others bring order to chaos. I would bring chaos to order" - Kurt Vonnegut
Top

blazerb wrote: ↑
Tue May 19, 2020 5:00 am
It makes me think of how the church runs other elections. At church, we are told who is being called. We can then raise our hand to sustain or oppose. If we oppose, it does not matter. It just makes the rest of the congregation look at you funny.

This is where my mind went, too. A vote isn't a vote, just an opportunity to declare whether you are personally for or against the Party.

IMO, it ends up looking like this (video by Hong Kong's newspaper of record): https://youtube.com/watch?v=CJ6nN4azuuE
You were born to trust, not fear. It is your birthright.
Top

I remember my Utah history class in 7th grade and learning about the Kingdom of Deseret. Somehow that has gotten written out of Utah history and now they call it the "State of Deseret". I suppose they want to avoid mention of the title King Brigham.

There could be many forms of government worse than an LDS theoplutocracy, at least until they started issuing fatwas.
Good faith does not require evidence, but it also does not turn a blind eye to that evidence. Otherwise, it becomes misplaced faith.
-- Moksha
Top

I think I found a fellow Rick and Morty fan...

Rick and Morty understands philosophy and logic better than what I usually hear in Gospel Doctrine class. I should pick up a Rick and Morty necktie for my return to post-pandemic church.
Top

Apparently, the Kingdom has arisen again. From something called the Microwiki (an internet resource for people who have founded independent "micronations"):


The Commonwealth of Deseret is a fifth world micronation defined in its 2018 Constitution as "a vassal state of the Kingdom of God existing imperium in imperio within the United States." Founded on December 23, 2012, Deseret is a self-described "theodemocracy," based on the religiopolitical teachings of Mormon founder Joseph Smith (1805–44). With Smith constitutionally enshrined as the commonwealth's "Eternal Sovereign," Deseret is a one-party state led by the People's Party. The current head of government is Cowdery Young, who wields supreme executive, legislative, and judicial power as General President, Chairman of the Grand Council, and Chief Judge, respectively. The nation's expressed purpose is "the advancement of the religion of Jesus Christ, . . . the cultivation of personal and civic virtue, and . . . the final and glorious redemption of Zion."

Users browsing this forum: No registered users and 7 guests